The Savage mk1 is an overdrive that is both warm,
and extremely responsive to playing dynamics,
perfect for rock, pop, folk or blues.

It is with the Savage that the Anasounds journey really began.
Since many guitarists wanted this famous “transparent” overdrive made popular by John Mayer, Jeff Beck or Joe Perry (Aerosmith),
and the genuine one became unaffordable on the second hand market,
we started to propose replicas and progressively modified some parts of the circuit to get the most musical version possible. 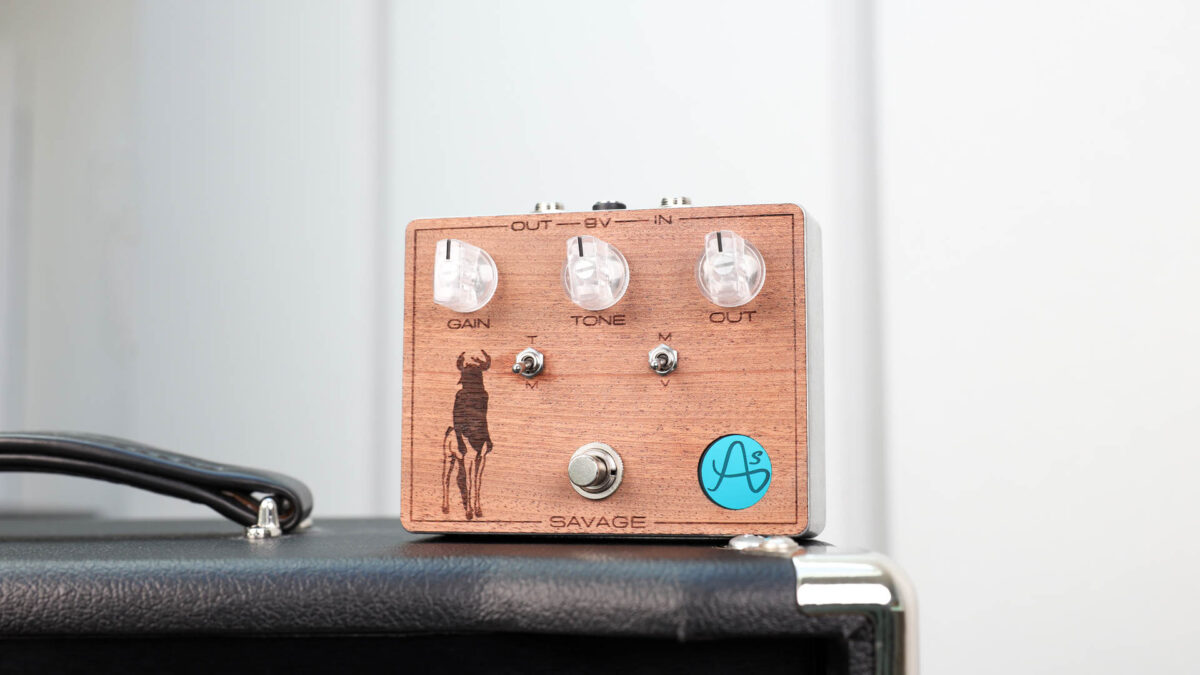 This version of the Savage, the mk1 with a large body,
is a reissue of the first version in response to the demand of many guitarists looking for that special sound.

The Savage mk1 had the particularity to sound warmer and more vintage than the mk2.
Indeed, the clipping management was different and some component values were changed.
When we released the mk2 we wanted to move towards an overdrive as transparent as possible, which is the case since then.

The mk1 also offered 2 switches on the front panel,
the first one controls the voicing of the legendary circuit,
while the second one allows you to explore different clippings. 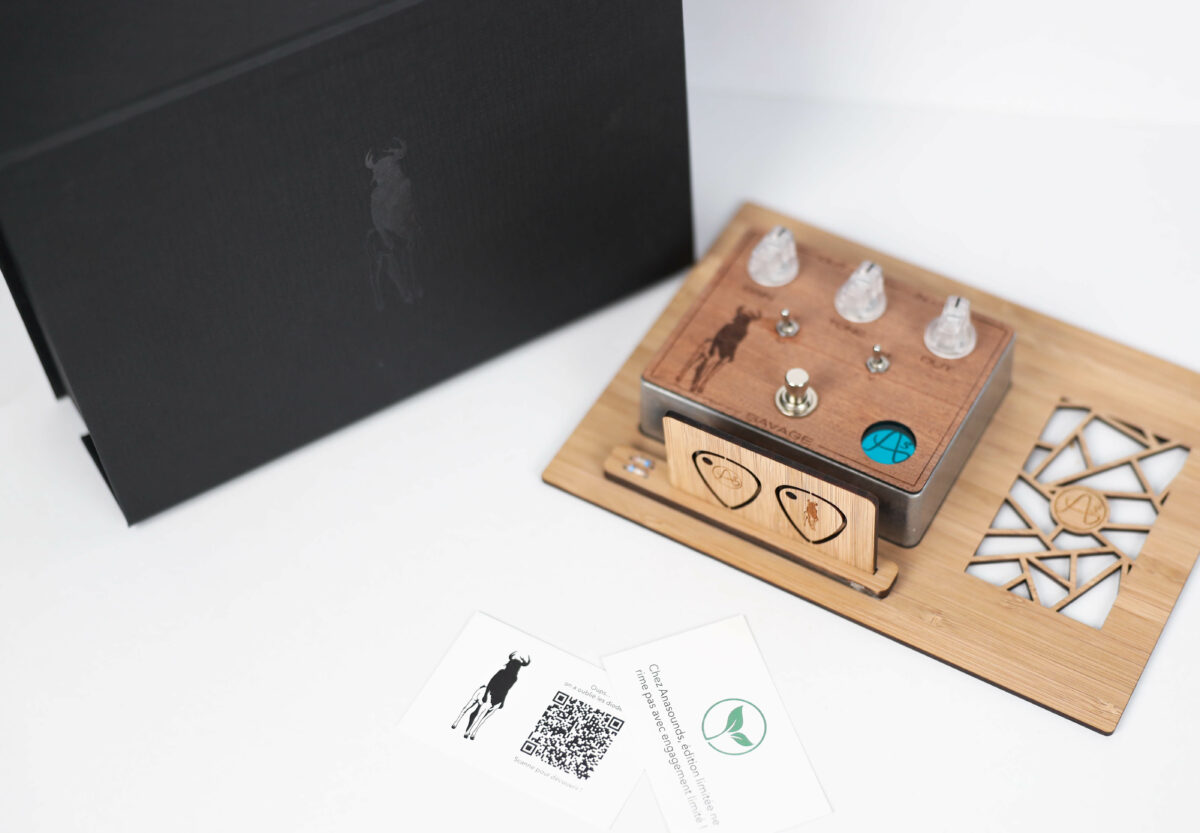 a limited edition with an exclusive packaging

In order to stay consistent with our pedal line and to provide enough pedals for our very active community;
We have decided to limit ourselves to 250 units, numbered, with an exclusive packaging.
There will obviously be no reissue of the reissue…

There are no reviews yet.

Show reviews in all languages (7)